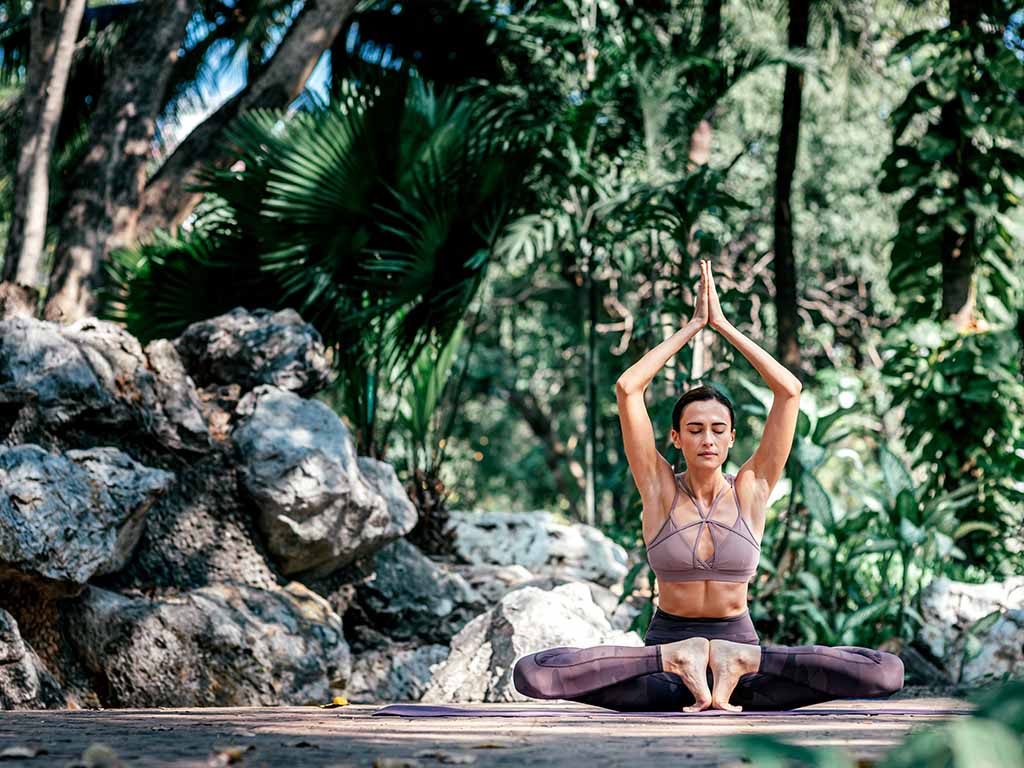 Does Yoga mean just doing Asanas or Pranayam or are there deeper aspects of Yoga? Yoga is defined in Pathanjali’s Yoga sutras, as ‘Yogas Chitta vritti nirodha’ which means Yoga is the elimination of distractions, disturbances, and conflicts of the mind. We are the Best Yoga Resort in Kerala providing professional Yoga Studios.

One of the complete textbooks with a total description of Yoga is Yoga Sutras by Pathanjali. It is considered standardized teaching of Yoga in sutra form.

There are 8 Limbs/Branches or Angas that Pathanjali suggests in Yoga sutras, such as:

In order to reach the final Angas, like Samadhi we need to have a strong base on Yama and Niyamas which are the foundation stones of Yoga.

The practitioner should learn here how to remove the mind from the ignorance of thinking, like what is real to unreal, and unreal to be real.

The Mind/Chitha has to be purified, and focused and should remain calm, otherwise even higher stages as Samadhi will be just like an illusion. If the learning is not in the traditional route, progress won’t be stable and all the advancements made could revert and the practitioner could fail.

So preparatory lessons are highly needed to have stable and steady progress. Otherwise, the practitioner could just become an “Asana Expert”, but never a Yogi.

Yama could roughly say as a restrain or control and Niyama as observances. 5 parts in Yama are:

a) Ahimsa (Non-violence)
It’s more of a mental thing rather than a physical activity. How non-violent we are internally in thoughts and emotions. Need to watch that closely and understand and improve from there.

b) Sathya (Truthfulness)
Learn and practice to inculcate truthfulness and slowly stick to the truth at all possible times.

c) Astheya (Non-stealing)
Again stealing does not necessarily mean physically stealing something from someone. Thinking of having someone else’s stuff is also seriously considered here.

d) Brahmacharya (Sexual restrain)
It’s never a call to cut off sex, but to have certain restraints from uncontrolled sexual instincts and any such thoughts that leak mental energy.

e) Aparigraha (Non possession)
Develop an attitude to have a simple living to be precise. Need to be aware that what we think to have in our possession are not necessarily real possessions. A careful and responsibly living where more peace can be achieved.

They are mainly observances or practices. 5 parts of Niyama as well.

a) Swecha (Cleanliness)
Both physical and mental cleanliness, purity, and clarity.

b) Santhosha (Contentment)
One when understands that happiness is a state of mind and possessions or positions are not the key to becoming happy, that’s the first stage to reaching contentment.

c) Tapa (Austerity)
The fire of creativity or the fire or desire to find the truth in life and to self-realization, and thereby to become free once. The activities that are done for that become Tapa automatically.

e) Eswara pranidhana
When the mind is purified and focused, we will understand and really feel that we are the divine spark of this huge universe. Eswara pranidhana means, dedicating life to live peacefully with this understanding.

When one starts to practice yoga, he/ she has to understand and be aware of these basics thoroughly before proceeding to Asana, Pranayama, or the next angas.

Munkudil is one of the best yoga resorts in Kerala and Genuine yoga retreats are available to visitors in Munkudil.

Note: This blog explains only Yama and Niyama, but will be continued with other Angas in future blogs. The contents of this blog are taken from the lectures of Sri M. 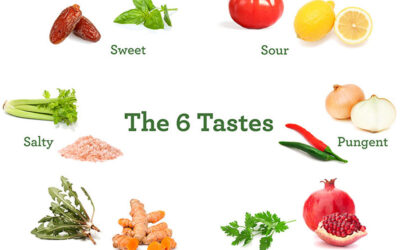 6 TASTES in Ayurveda – An Intro

Munkudil is one of the best ayurvedic resorts in Kerala and also the best wellness resort in Kerala helps to...